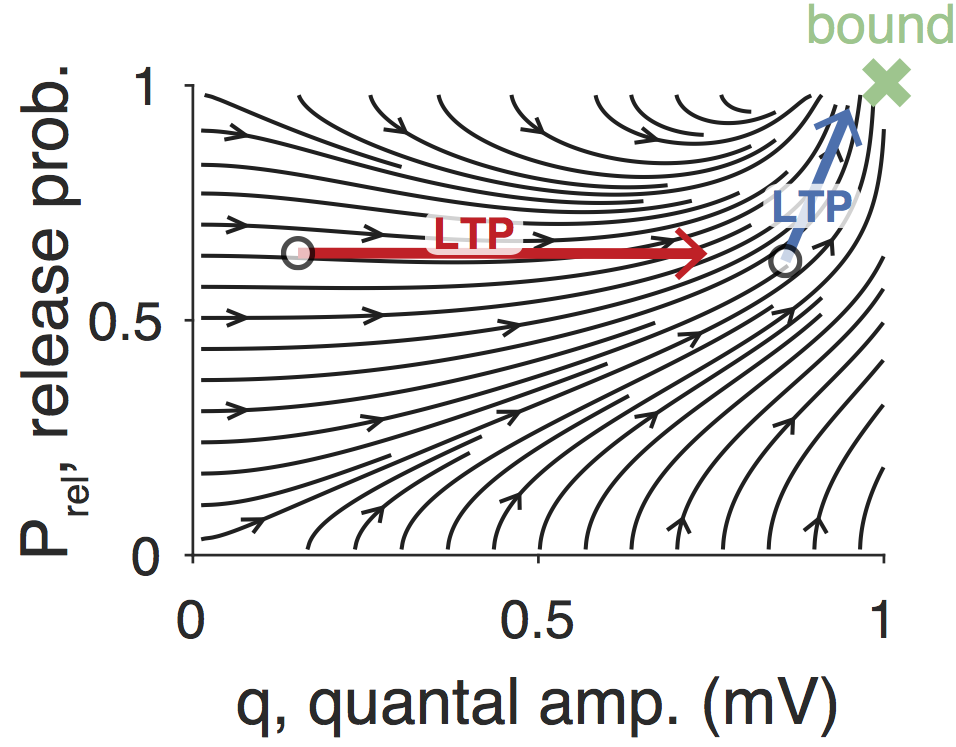 Matlab code to play with our statistical theory of pre/post synaptic plasticity (Costa et al. 2017) and compare it with data can be downloaded here. The multiple datasets used are available through the Mendeley Data sharing system (hippocampus LTP, hippocampus SLP, visual cortex STDP, visual cortex LTP and auditory cortex inh. plasticity). Thanks to P. Jesper Sjöström and Robert C. Froemke for sharing their data, and Alan Larkman for pointing me to the PhD thesis of Hannay with the data from Larkman et al. 1992.

We proposed a biological view of gated-RNNs, namely LSTMs (Costa et al. 2017 NeurIPS). This led to a new model (subLSTM) that only requires a simple modification to existing LSTM implementations, in that the gates become subtractive instead of multiplicative. However, you can find a PyTorch implementation by Russi Chatterjee here. 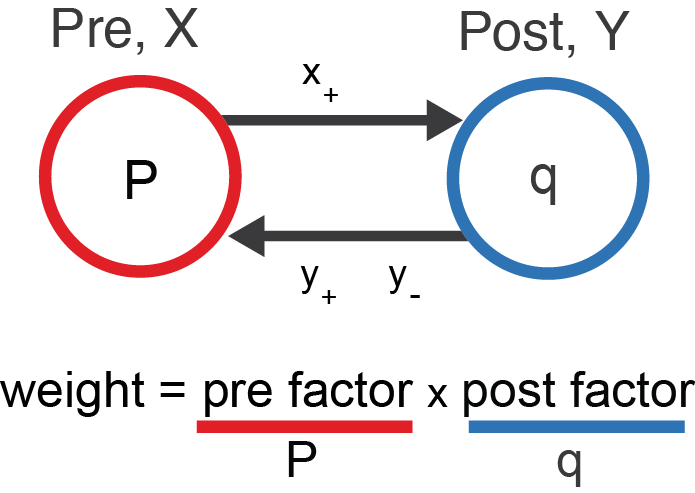 Python/Matlab code to simulate our cortical learning rule with pre- and postsynaptic components can be downloaded here. In this particular simulation we demonstrate its memory savings behaviour as described in Costa et al. 2015. And, here you can get the long-term synaptic plasticity data used to fit the model. 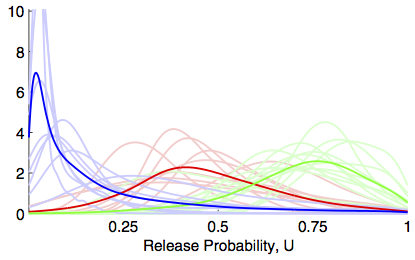 You can download here the Matlab code to infer short-term synaptic plasticity parameters given data using a Bayesian framework (and MCMC: Slice Sampling) as described in Costa et al. 2013.